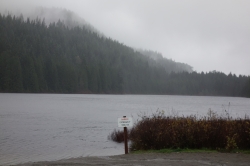 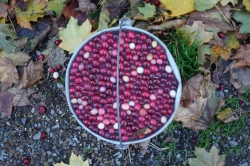 After over three months on the road, we finally got to cross the dateline – travelling fast enough to get ahead of ourselves. Lucky us, we ended up with a whole lot of Friday 13th (can’t imagine why it was so easy to find flights for that day), but since the worst thing that happened to us was a bit of wind flying into Vancouver and a slight delay on the baggage carousel, we really can’t complain.

Why Canada? We’ve been asked that a lot – especially since we’re flying directly Canada to Mexico, bypassing that whole big country in the middle. I’ve heard that Hector Hugh Monro quote (“Canada’s alright really, just not for the whole weekend”) more times than I care to mention.
But, in the absence of any ruby slippers that can get us home with a few clicks of the heels, Canada is the nearest to English-speaking normality that we’re going to get for a while. It’s home to Nat and Mike – friends of Paul’s from Cambridge. It’s also home to Lauren, Paul’s cousin, and her family. And when life has been very foreign for a while, turns out that home is exactly what you need).

Vancouver first then – or in fact just outside. Nat picked us up from Vancouver Airport and drove us to Maple Ridge – and then kindly allowed us to be jetlagged in peace. There were children (Liam and Maya, who made the girls so welcome) and normal food. And normal meals. It might have bigger skies and lakes, and much bigger portions – but all in all Canada was charmingly normal. We loved it. 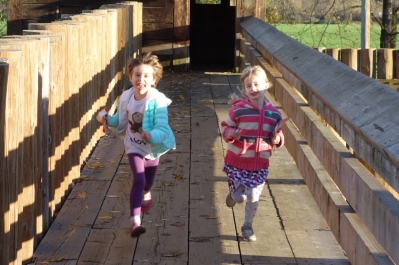 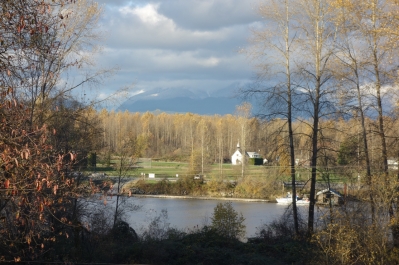 We visited Fort Langley, the birthplace of British Columbia, where the children ran around like nutters and attempted a bit of blacksmithing. I became almost geekily interested in Native American salmon fishing rights (stay with me on this, they are more interesting than they sound). We went to Vancouver Aquarium, with my schoolfriend Ruth, who now lives in Victoria, and whom I haven’t seen for an embarrassing number of years. She’s garnered a Canadian accent and two beautiful girls since then- we were thrilled that she took them out of school for the day to hang out with us, as well as with Vancouver’s sea otters, dolphins and a false killer whale called Chester who was definitely checking out Daisy’s drawing of him through the glass. It was so nice to be in a country that is a little more relaxed about education – I suspect trying to take your children out of school to see your friend from England would not meet with a great deal of approval in the UK nowadays, but in Canada it seems quite normal – and everyone still seems able to read and write and stuff. 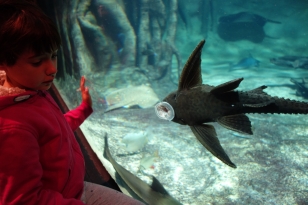 From Vancouver we flew to Edmonton, home of Lauren and family, who made us equally and wonderfully welcome. The girls hung out with Brooklyn and Riley (are they second cousins? I can never work that one out) and we visited the famous and huge West Edmonton shopping mall (complete with rollercoasters, pirate ship and no pagodas or temples to visit), the excellent science museum (where we watched a robot solve rubix cubes in a matter of minutes) and the ice rink. I think it may be a while before ice hockey is our preferred game, but it was tremendous fun. 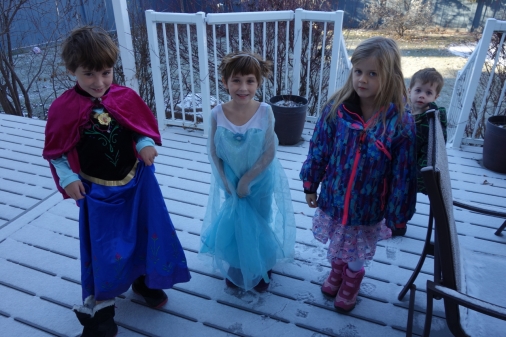 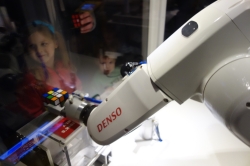 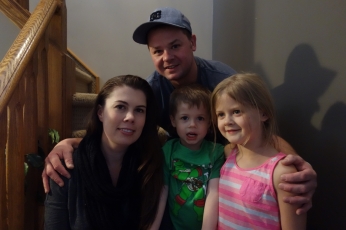 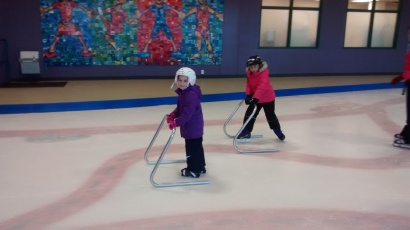 It was cold, of course. We’re not really used to that yet – but the much-promised snow didn’t fall until our last day in Edmonton – kudos to Lauren for managing to drive us safely to the airport in that! 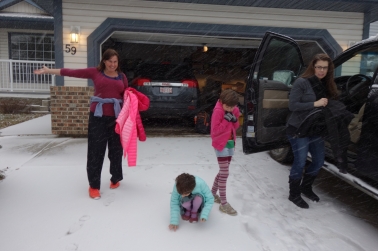 We loved Canada – but most of all we loved homeliness. It’s what you crave after so much time in hotels and hostels. And we are so grateful for the hospitality and acceptance we’ve received. So Saki is wrong – two weeks wasn’t even enough to do two parts of Canada justice.

Ruby slippers duly clicked, we fly onwards to Mexico via Dallas – the United States gets a whole three hour visit from us on this trip. With six months (with side trips) planned in Mexico, looks like it’s time to slow down for a while. We’ll be glad of it, I think. After all, there’s no place like home.