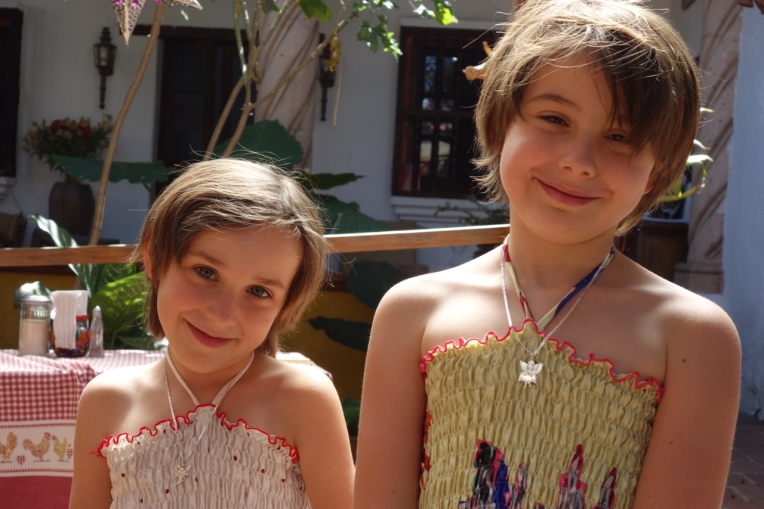 Mexico is big. Really big. You might think it’s a long way down the road to the chemists..etc..etc.As well as being big, it’s massively diverse, which is why we are thankfully able to shrug off the fears about violence in the country touching us when we travel. Chiapas, thankfully, still feels incredibly safe- Zapatistas notwithstanding.

But we do occasionally get out of our San Cristobal comfort bubble, and when we do things can be quite different. In the last month we’ve done two Mexico trips, the second of which in particular, highlighted the problems Mexico has faced and is facing..

Trip one, on the way back from Belize, was a quick stop in Palenque, to see some Mayan ruins. The girls, after all, are living in a city famous for its indigenous culture, so not to see the cities left by the mysterious Mayans would have been a shame. They’ve been before, but didn’t remember it. Whether they will this time or not is not clear. 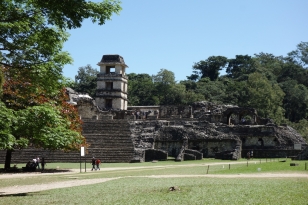 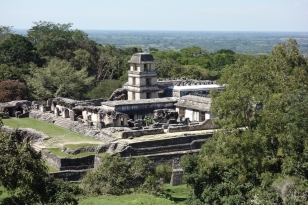 Paul and I have been reading a book called 1491, about indigenous culture before Columbus arrived. It’s highly recommended, eyeopening, and has helped us to see Mayan culture a different way, and Palenque with fresh eyes (just as well, as we’ve seen the stone pyramids a good few times now). The girls played Ever After High dollies around the site, but enjoyed the Chetumal Mayan museum, which allowed them to try out the bizarre Mayan counting system (base 20, anyone?) 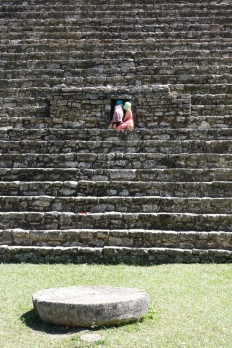 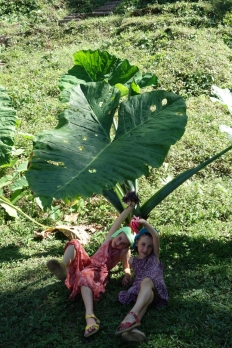 Trip two, on the way to Cuba, was three nights in Taxco, the silver mining town where Paul did his first Spanish course. Taxco is one of the pearls of Mexico’s tourism scene – impossibly steep streets filled with white buildings and white VW beetles, where every other shop sells silver and the rest sell handicrafts.

We go to visit our friend Yareri, who owns a restaurant there, and also because it is a beautiful place. But this time we really noticed how Taxco and its surrounding area have really suffered from the narco-trafficking related violence in the North and Centre, which barely touches us in the South.

Having flown into Mexico City we went straight from the airport to Cuernavaca, a monied town where rich Mexicans used to have their holiday homes. However, it was recently named the most violent town in Mexico. The streets were empty of people (and if you know the Mexicans and their love of parading round the main square of an evening you’ll know how weird this is). We stayed in a lovely, if oldfashioned, flat for the night – and chose not to go out except to go straight to the bus station in the morning. Here, the pictures of the women who have disappeared from around the area (violence against women is also a huge problem) were another stark reminder of Mexico’s problems.

Taxco was better, but still subdued. Many restaurants and shops have closed, and Yareri has moved her restaurant inside a local hotel, partly to deal with the downturn in tourists. Times have been hard, she said, though the violence has decreased massively in recent years and the tourists are coming back. Just look at these views to see why you should be one of them!

In Taxco we bought silver (naturally), ate quails eggs for breakfast (so cheap out there that Yareri can’t get her restaurant staff to eat them), and went to visit the old Aztec silver mine that’s been found underneath one of the local hotels (Posada de la Mision, if you’re going). The girls are very impressed to have their own rocks with seams of gold and silver running through them – always fun to pack too, of course. 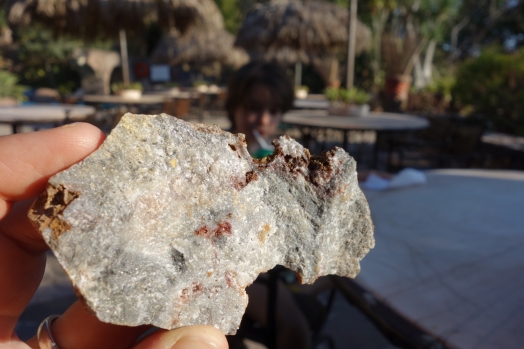 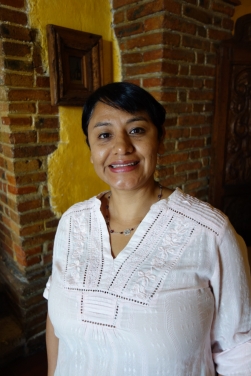 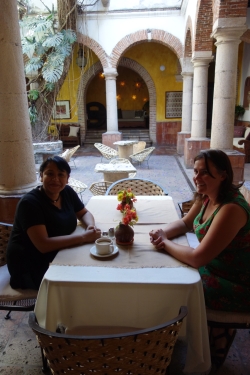 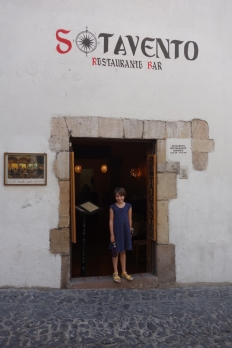 It was good to see Taxco again, but sad to see the harm that violence has done to this wonderful place where families depend on tourism for their livelihoods. Soon enough it was time for us to travel back through Cuernavaca to the airport (with only one vomiting child incident along the way – is Clover the only person in the world who feels that a slice of Sachertorte is the best way to get over being violently travel sick?), ready to catch our flight to Cuba in the morning. Three weeks ahead of Obama as it happens – it’s good to be ahead of the curve. Hasta la victoria, siempre (as they say…)